One-time personal lawyer Michael Cohen of lying, as "the 11thcohen of lying, as "the 11th hour" gets underway on a Tuesday hour" gets underway on a Tuesday night.
6:35 of the Trump administration, and while the president had no public events on his schedule today, he certainly launched a few on social media. and then for good measure this evening sat down for an interview with the associated press on a number of topics.
trump’s comments about the missing journalist, jamal Khashoggi, are perhaps the most striking.
Khashoggi disappeared two weeks ago at the saudi summit in turkey. he said, here we go again with  you’re guilty until proven you’re innocent.
i don’t like that.  we just went through that with justice Kavanaugh, and he innocent all the way, as far as innocent all the way, as far as i’m concerned. And here’s what he said in yet another interview today taped earlier to air tonight on "fox business." 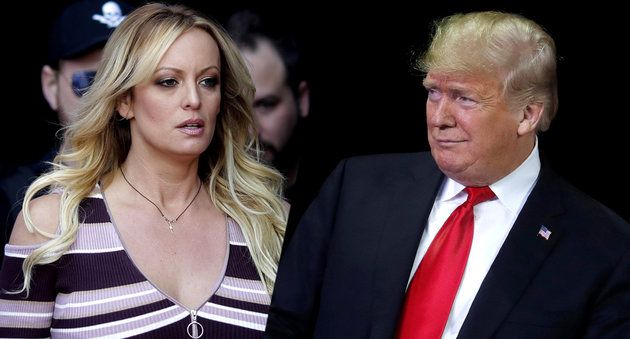 not whether it happened but if they knew about it. they knew about it.  if that would be bad. bad things can happen.
decisions that you face as president.
let’s hope we hear the proper
back to the ap interview.  we talked about his party’s chances on the midterms. chances on the midterms.  he stepped on the trail of late today. he said, he won’t accept the blame if republicans lose the house in November, arguing that he is helping republican candidates in the midterms. he seemed to be hedging his bet she in his conversation, again, with "fox business. ""fox business. "
i think we’re going to do well. who knows? history shows the opposite, you know that. know that.
he was active on twitter today, beginning with an attack today, Massachusetts democraticon, Massachusetts democratic senator Elizabeth Warren who senator yesterday caused tringcringes in yesterday party by announcing test results party that showed distant native American ancestral roots.
Quoting here from the president, pocahontas, the bad version, sometimes referred to as Elizabeth Warren is getting slammed.
she took a bogus DNA test.
He added tonight Elizabeth Warren is being hammered even by the left.  her false claim of Indian heritage is only selling to low-iq individuals. then he talked about stormy daniels saying, quote, federal judge throws out stormy daniels lawsuit versus Trump.
trump is entitled to full legal fees.
great, now i can go after horse face and her third rate lawyer in the great state of lawyer of texas.
she will confirm the letter she signed. signed.  she knows nothing about me, as he a total con.
stormy daniels wrote back in part, in addition to his shortcomings, he has demonstrated his incompetence, hatred of women and lake of self control on twitter again. and perhaps a penchant for bestiality. game on, tiny. game on, tiny.

Trump did not back down from nicknaming daniels horse face. asked by the ap if it was appropriate to insult a woman’s appearance, Trump responded, you can take it any way you want.
Trump told the ap cohen lied under oath and called his allegation, quote, totally false. and in regular news, we also learned who will be replacing the departing white house counsel don mcgahn. Trump told the ap that he has selected pat sipilone, a veteran of the bush 41 justice department to be his white house department counsel.  with that, let’s bring in the lead-off panel on a Monday night.
in the oval office, the aforementioned zeke miller, , and jill cohen, white house reporter jill cohen, white house reporter also with the associated press. zeke, we’ll start with you. you used to be in the old days, you used to be able to go through hope hicks to avoid the chief of staff
if you avoid the chief of staff
if you wanted to talk to the president. did you go through traditional channels? was this a vetted and official verver interview? and lastly, how did you find him?

we were joined in the oval oflsofls office with press secretary sarah sanders and Kelly anne conway. this is capping a couple weeks where you see him receptive to the press, and we were grateful to see him sit down and answer a bunch of questions that we felt were important to our reeders were  the american public at large.
if you read the interview, you can see some questions you have not heard the president answer,  and hopefully made some news out of that.
the way you put it is absolutely correct. he is coming off what you could call a good run for his base and his party, but i also heard it argued tonight that with what he did just today alone on twitter,  it’s kind of the classic pattern of stepping on their own good news.
there’s certainly an element of that if you look at th eof that if you look at the president’s sort of political president’s history where he does in the conventional wisdom sense, does step on his own news. but as the president sees it, he’s been clear about that today, is he views this today, referendum on himself and his  policies and that, you know, for policies all of the republican pundits and strategists who say he should stay out of this election and try not to insert himself into these races and stay back and keep quiet on twitter, he believes, you know, this is just like 2016 is what he told us he said he feels like the electorate is like 2016 when he defied all the odds and the polls.

there is an element, you see, the president drawing those parallels where he feels he’s going to insert himself and make this election about himself.  he’s willing to engage in way now to the run-up of the election the same way we saw him do two years ago where others in the party may cringe, the the president seems very confident in his strategy here.
however reminiscent it may be of woodrow wilson and  fdr, just kidding, we have the, we have the president of the united states calling a porn star horse face today publicly and then doubling down on it. down on it.  i want you to watch ask listen with us to the reaction today in  the studio from nicolle wallace, lifelong republican, aide in the bush white house to the president and his choice of words.

this is the kind of language that has come to define Trump’s presidency and his party which elected and continues to support and cheer a man whose public insults of women have included miss housekeeping,miss piggy, degenerate, slob, pig, bleeding very badly from a facelift, not my first choice, low iq, wacky, and of course, look at that face.

would anyone vote for that?
how do you process it?
how do you cover it with anything approaching the standards we used to use for your job?
it’s definitely very difficult when you’ve got a a president -- this is language we heard from him very frequently as a candidate on the campaign trail. those comments that are listed referring to carlotta fiorina, saying, why would anybody vote te for a face like that? it’s condescending seeing that out of his twitter feed. but he was able to win the election despite the fact that he made comments like this. in his mind and in the minds of some around him, because he made comments like this, because he broke the mold, because he was able to say what he was thinking, was able to create this impression that he was some kind of swaggering, tell it like it is person. he believes his base is going to stick with him even when, and maybe because he’s choosing to do things like that. that said, the president is a leader of the party. he’s not just a candidate on his own. he’s the leader of a republican party that is about to have a very, very consequential election in less than a month. when you’ve got voters across the country, especially those suburban republican or independent-leaning women in these districts are trying to make up their minds. they may be looking at the president and saying, you know what, is this the party i i want to send back to congress?
we’re having electronic problems where phil and jill are, even though they’re in our washington facilities. they might as well be on the other side of the planet because we have long delays between my questions and their answers. having explained that, phil rucker, what is going on here? this had to be called a media blitz. blitz.  he got close to 123 million viewers, which he told us on "60 minutes" and on today’s round.

president Trump is trying to be his party’s best surrogate here in the run-up to the midterm elections. the midterm elections.  he wants to be everywhere all the time. he’s taking questions from reporters at every opportunity on air force i, on the white house lawn and in the oval ofls office, and i think that will happen in the days to come. the president is confident but also repugnant and defiant. as much as gubernatorial candidates have tried to sell their pitch to voters, it’s really about Trump. that’s how it’s been in washington the last two years and that’s how it is on the campaign trail as voters in other states are starting to vote early. they’re thinking about horseface, they’re thinking about Trump parodying on "snl" tomorrow. you have a president who is extremely confident in his own ability to direct his party’s message and to shape this election and to determine a winning outcome. he truly believes, i think, that